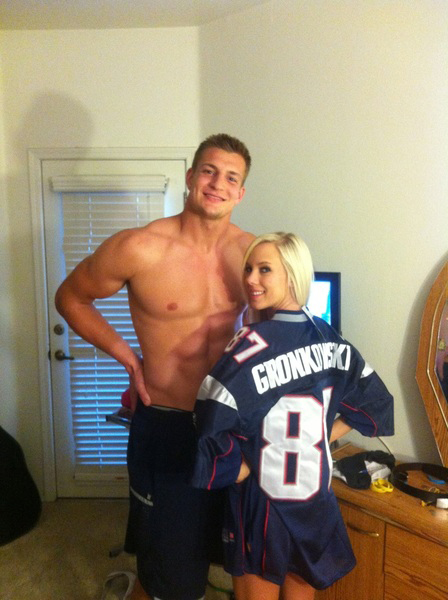 It’s going to be a different first round in fantasy football drafts this year. We are witnessing the dilution of the RB position and the rise of the premium QB along with two very filthy tight ends, one of which enjoys some really tight end himself. In case you’re in a 16 team league or if you just want options, the Easter Bunny got real sick and went twenty deep for you guys:

1. Arian Foster- The absolute truth. The clear cut #1.
2. LeSean McCoy- There is nothing shady about his fantasy production.
3. Ray Rice- Among the best of the best and always getting better.
4. Aaron Rodgers- Count on 25+ points/wk. Playoffs are all but guaranteed.
5. MJD- Almost 2,000 total yards last year. 1500 yd. and 10 td. is a certainty.
6. Calvin Johnson- A huge advantage every week.
7. Cam Newton- The Prototype. His ground production mitigates the sophomore slump.
8. Tom Brady- 2011 was a monster. Add Brandon Lloyd. There is no relief in sight.
9. Drew Brees- The ramifications of Bounty-Gate could make 2012 a bit turbulent.
10. Darren McFadden- A lot of maintenance but he is The Ferrari.
11. Chris Johnson- I think we see a revival. The upside is still very very large.
12. Michael Turner- Great floor, great ceiling. Chalk it up, 300 carries and 10 TDs.
13. Matt Stafford- Prolific when healthy. 2011 was disgusting. Yardage hog w/ TD upside.
14. Jimmy Graham- Drew Brees’ clear cut #1. Creates a distinct weekly advantage.
15. Mike Vick- You can hate but anytime you play against him you are still frightened.
16. Tony Romo- True #1 RBs have gone the way of the dinosaur. He’s a stud. Draft him.
17. Matt Forte- Good production. Dynamic player. Martz is out. Michael Bush is in.
18. DeMarco Murray- Could be an absolute steal. Looked nasty last year. Durability?
19. Rob Gronkowski- There are a lot of things Gronk does that I am impressed by.
20. Larry Fitzgerald- It’s like putting a little extra cash away in the bank.