Can 85 Return to Life in Miami? Just in Time for “Hard Knocks”…
Dorian “The Trashman” Colbert, Rosterwatch.com 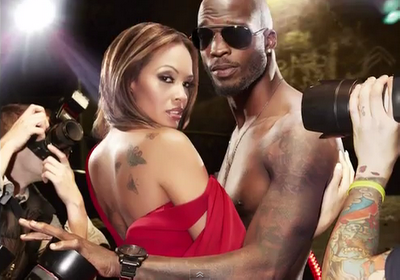 Chad Ochochinco has always loved Miami. It makes sense that he’s landed there after languishing in irrelevance in New England for a season, though his situation was largely a product of his own doing. Apparently 85 had difficulty learning the Patriot offense, which brought up concerns about his football I.Q. This is somewhat puzzling to me as of Chad’s eleven years in the league, seven of those were 1,000 yd seasons with at least 5 tds in each. The man has to have some sort of football acumen to post numbers like that. To me, it seems more likely that he’s just getting older and less motivated to do things that aren’t part of what he already does, which is go get the football.

Perhaps in Miami they will let Chad be Chad. The wide receiving corps there is probably the most underwhelming in the NFL right now. Clyde Gates has speed, but he’s a work in progress. Brian Hartline and Davone Bess are great football players, but rarely worth a roster spot in fantasy leagues. Reggie Bush has a good chance to be their top receiver. Seriously. I wouldn’t be terribly surprised if C.O. landed the starting spot opposite Brian Hartline before he stepped off the plane. Maybe I’m just a bit bullish on Chad because I’ve seen what he can do, and it is a joy to watch him thrive. Fantasy wise, you can do a lot better, but in Miami you can do much worse. For this reason, he’s worth a flier. A no.1 receiver on an NFL team is not worth nothing.