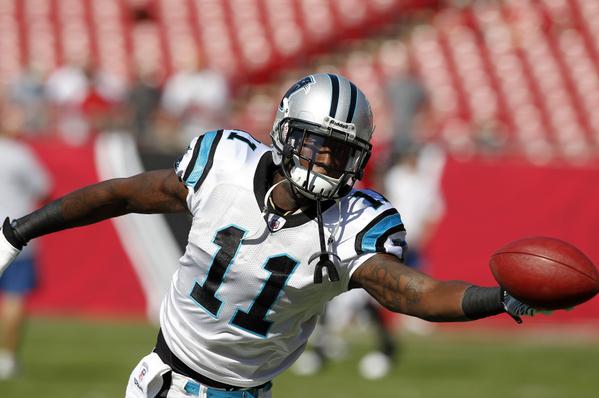 Brandon LaFell is a name you might recognize from mid to late season rosters of a few hopeful waiver wire savvy owners in your league. But like so much waiver wire fodder, we only caught glimpses of greatness. He topped out on a 100 yard, 1 touchdown outing late in 2011 and added a handful of serviceable games.

According to the Panthers organization, LaFell may be a name you hear much more come the start of this season, as they believe he is primed to break out as Carolina’s number two receiver behind Steve Smith, a role Legedu Naanee formerly played. Naanee  seems an afterthought to revisit his role as starting flanker opposite Smith, as the team has made no effort to re-sign him. There is a little skepticism on my part regarding LaFell, as he started the last contest of the 2011 season in place of an injured Naanee and only saw two targets on the day for 27 yards.

An entire offseason can make a world of difference though, so Cam Newton may find himself more comfortable going LaFell’s way this year. The presence of another receiving threat could only help Steve Smith’s stock in my opinion, as opposing teams would have to focus coverage elsewhere. As for LaFell, I see him approaching 1,000 yds this season, but I wouldn’t expect too many touchdowns. Superman likes to handle those himself. In fantasy drafts, don’t be afraid to take a late round flier on LaFell. He could end up paying dividends.