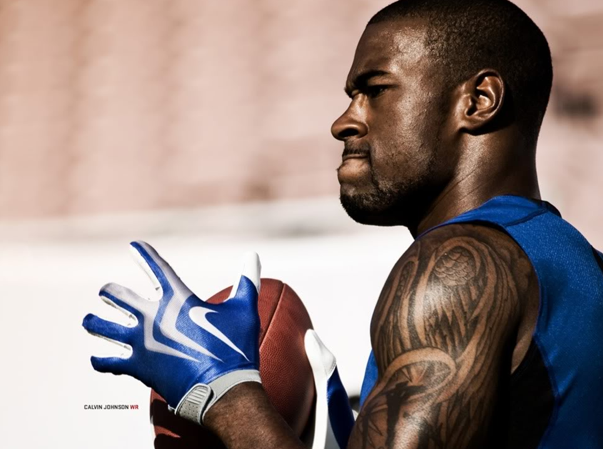 While I have always enjoyed owning a top flight WR, most seasons I have strategized around the plethora of WR talent available in the middle and late rounds of the draft. This year there will still be plenty of value late but there will be a new trend that develops. More receivers being drafted earlier. It’s OK though, these guys are playmakers with plenty of upside. This is a passing and scoring league and the theory goes hand in hand with my running back and quarterback rankings. I’m expecting up to 18 WRs to be selected in the first 4 rounds, along with 18 RBs and 10 QBs. Here we go:

Alien Creatures from Outer Space
Megatron- From the same planet as Cam Newton, he comes to dominate. 20 TDs?

Money in the Bank
Larry Fitzgerald- The model of consistency + production + upside.

Animals and Predators
Hakeem Nicks- I am expecting a lot of TDs this year. Entering his prime.
Andre Johnson- A monster. Durability is an issue. Has never scored 10 TD in a season.
AJ Green- Looked unbelievable as a rookie. An artist. Cannot wait to watch yr. 2

The 1200 Yard Club
Roddy White- In his prime. Reception Hog. Julio Jones will cut in to his production.
Brandon Marshall- Back with Cutler. Tons of upside. High floor. Character concerns.
Greg Jennings- 10-15 points every week. Double digit TDs is possible. Limited upside.
Wes Welker- A magnet for the football. Tom Brady. A lot of mouths to feed.
Miles Austin- Still Romo’s guy. He gets in the endzone.
Demaryius Thomas- Sick ability. Peyton Manning. I love him. An adjustment period?
Vincent Jackson- Upside to be a top 3 fantasy WR. The Tampa Offense?
Dwayne Bowe- He’s pretty darn good and consistently undervalued.

Number 2’s That Could be #1’s
Jordy Nelson- Huge numbers last year. Inconsistent at times
Jeremy Maclin- Vick’s #1 is a pretty good guy to own.
Dez Bryant- Electric and explosive. Fun to watch. Can he realize his potential?
Victor Cruz- He literally “BURST” onto the scene last year.
Marques Colston- Solid every year. Meachem is out. Should be all Colston/Graham.

Guys I will be More Than Happy to Own
Steve Smith- A Cam Newton revival. Can he stay healthy? When does he lose a step?
Julio Jones- Showed big ability as a rookie. I see good things to come.
Percy Harvin- I love him. Minnesota is so good when he gets the ball. AP’s injury helps.
DeSean Jackson- Minitron. A lethal weapon.
Brandon Lloyd- Spider-Man joins Captain America. It will make a great action movie.
Mike Wallace- A scary scary man. Antonio Brown and Emmanuel Sanders bother me.
Denarius Moore- We saw the flashes. An offseason with Carson could be dangerous.
Robert Meachem- I had to do 26. I couldn’t leave him off. Philip Rivers’ #1?