Henderson Gets An “A” Playing “Z”
Alex Dunlap, Rosterwatch.com 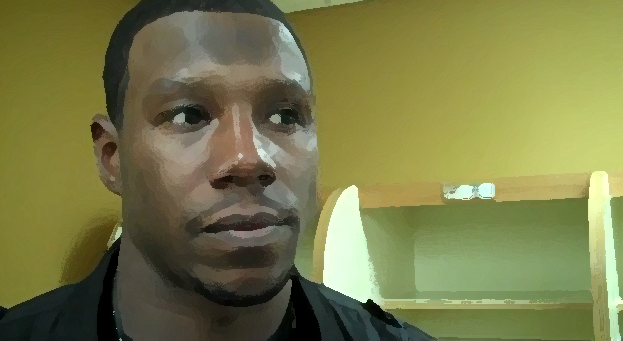 One of the main things that we took away from Saints training camp was the emergence of a full-time Z receiver in Devery Henderson.

In the past, fantasy owners have had to play a dangerous game of bayou roulette every time they elected to start a Saints receiver outside of Jimmy Graham or Marques Colston, and generally, the house won.

Would it be Robert Meachem or Devery Henderson this week? Obviously, Drew Brees is going to throw the ball around, but the sporadic nature of their performances made both players a very risky fantasy proposal, even in three wide receivers leagues.

We charted every 11-on-11 contact drill for two practices, and Devery Henderson is firmly set as the Z receiver opposite Marques Colston in a potent offense that is already playing angry. Here are the reasons why I will attempt to own Henderson in every league I draft in this year:

1) There is no depth behind Henderson at Z besides rookie Nick Toon.
2) We were told by OC Pete Carmichael that Henderson is the “incumbent” and there is no threat to his starting role. There was no evidence in the rotation that any other player is being considered for first-team snaps in two and three WR sets at the Z.
3) With Robert Meachem now a San Diego Charger, Marques Colston told me he fully expects Henderson to pick up the slack. Between Meachem and Henderson last season, the Z position accounted for over 1100 yards and eight touchdowns.
4) Henderson was targeted at a rate that was only 10% less than Colston in the simulations we charted.
5) You can literally get him in the last rounds of your draft. His ADP is currently 237. That means he ends up not even being drafted in many leagues of not-very-fantasy-saavy individuals. Take him in the pick before you take defense and kickers and get ready to make your leaguemates cry in September when your late round “flier” becomes a solid No.2 fantasy WR.