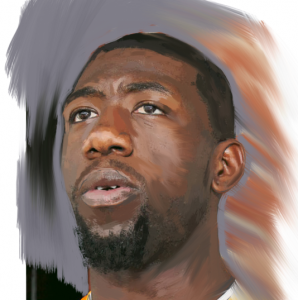 2011 Season
– 71 receptions for 1096 yards and 11 TDs.
– Two-Time All-American Selection.
– Appalachian State All Time Career leader in receptions, even having missed most of the 2008 season due to injury.

Style
Brian Quick is going to be an NFL wide receiver who makes his living much the same way Brandon Marshall does. It will be in yards-after-catch and in imposing himself physically in end-zone corner fades. Quick is more “slim” like A.J. Green or Julio Jones, and even looks a little like Green, but he lacks either’s acceleration as an over the top burner. Quick has a natural big-play “flash” to him, though its hard to quantify. The best way I can say it is that he is often airborne. He can really, really, get up as a former college basketball and long jump standout. He has amazing control over his body in these positions, and it leads to some really dazzling physical feats. He also puts his body in compromising positions and takes some hits in games that make you wince out loud. He’ll need to cool some of the acrobatics in the NFL, but it is great to know that the actual core physical skill is there and on exhibit. He gets a little “tricky” with his catches sometimes and depends on talent. He does not fight the ball and is a natural hands-catcher, but he does tend to go for a one-handed catch more often than you would like. His field awareness is evident in his routes, albeit it in what it appears to be a relatively rudimentary system. He will need time to adjust to an NFL playbook. He has been said to be a good blocker in the run game, but to be honest, I don’t see it. It could be the angles that are available to us via the Appalachian State camera crews are not as encompassing as those provide by some larger programs, but I can’t recall any true standout block in the run game that I’ve seen from Quick in all of my study. He plays with a competitive spirit and is said to “play angry”. Overall, Quick is a Top 10 WR for me starting out with room to see his stock improve with good showings in the senior bowl and at the combine.