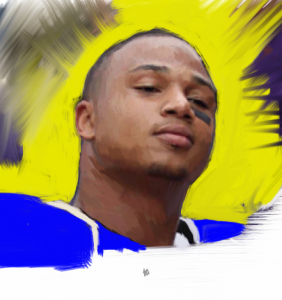 Reporting on behalf of Austin Chronicle Sports, I spoke today with a University of Washington AD regarding electric Junior RB Chris Polk’s reported participation in the 2012 Senior Bowl. He said the Senior Bowl generally handles their official announcement process, but someone apparently put a comment on Coach Sarkisian’s blog which was then picked up by the Seattle Times.

He said that Polk, a Junior, is eligible because he is a fourth year Junior, and has graduated. He reminded me that Polk played in 2 games before his season was lost to injury in 2008 , and he has played every game for three years since.

Polk is thought of as a top tier RB for the 2012 Draft, ranking as high as 2 & 3 at RB on particular industry draft boards initially. We’ll have the full spotlight, and our own initial draft rankings up soon.