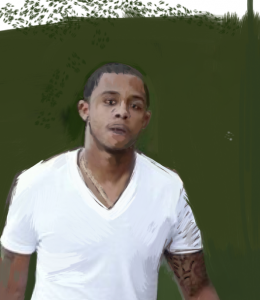 Suspended for most of 2011 as part of the fallout from the OSU scandal, DeVier Posey played only the final 3 games of his senior year. Posey’s statistics in his sophmore and junior year were very consistent and are a more accurate indicator of his production. During those 2 years, DeVier averaged: 56 rec, 838 yds, 14.9 yd/rec, 7.5 td.

Posey has NFL size. He goes across and down the middle of the field without hesitation. Can also get down field. Takes a hit and holds on to the ball. Not fast but has a quick first step after the catch and tends to get up field quickly. Shows the ability to get YAC. Not a classic “snatcher” of the football but does demonstrate solid hands.