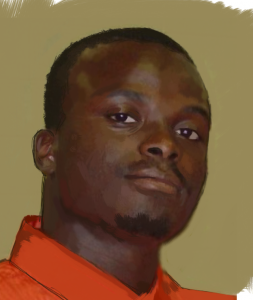 Stlyle
I really struggled over my “comparison” player for Ganaway. Living in Austin, we follow Texas Big 12 Teams closely, and I had always thought in my casual viewing of the games that Ganaway reminded me of Jamal Lewis. After a few days of film work, I have to come off that a little. I went back and watched Jamal Lewis’s tapes from Tennessee and realized I had forgotten how fast he was in college. Ganaway reminds me more of Jamal Lewis later in his career, physically. Ganaway is a big back. Deceptively big. I get the same feeling watching him as I do watching Tim Tebow of all people- meaning I am constantly seeing little moments where you are reminded of what a large man you are watching. He holds his weight in a slender fashion the same way that Derrick Ward does, and has tree-trunk legs that are evidence of his 600-pound squat max. Ganaway is a weight room warrior who also benches over 400 pounds. He has a similar work ethic in the classroom as a consummate fixture on the Baylor Dean’s List and Academic All-American Team. Ganaway has benefited greatly from the presence of Heisman winning QB Robert Griffin III in the backfield. Baylor operates between the 20’s primarily from a zone-read based attack in which Griffin MUST be accounted for. When defensive outside contain is forced to be indecisive and “on their heels” given the presence of such an imposing threat in Griffin, this is obviously beneficial for Ganaway. Griffin is able to read the contain, and Baylor has Tackles who are able to take advantage of this and effectively kick out, leaving the guard the ability to combo from the A-gap double team with the center and scrape to the 2nd level to occupy the Spill LB. With all that being said, I am most impressed with Ganaway down near the goal line once Griffin gets under center. This is where you see the real NFL flashes in Ganaway. He looks like a really fit NFL short yardage back. His propensity to “run into tackles” in the open field is a negative in those situations, but near the goal line, he is a bull. Ganaway has a complete inability to “get small” through the LOS, and this detriment to his game reminds you of the biggest detriment to the game’s of players like LeGarrette Blount and Brandon Jacobs. These are players who, like Ganaway, present themselves to defenses in ways which make their bodies an even bigger target than they already are. Another thing I worry about with Ganaway is his running mechanics. He has outward-pointing duck feet when he runs that physically limit his initial burst of acceleration. The positive in this is that he is not all THAT fast. The extra surface area created on his feet using this running style seems to enable him to create so much torque through the first level that he makes up for it in explosion alone. He also has extremely explosive and fluid hips at the point of contact and through tight space, which is a trait that is nearly impossible to teach. All in all, I think Ganaway is a great back who, given the proper opportunity, could be an important part of a number of team’s ground attack in short yardage situations or as a run-the-clock-out closer.