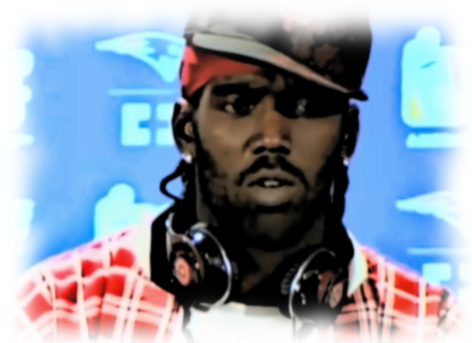 All of these gentlemen are less than 50% owned, many of them far less. I did notice that Josh Gordon and Kenny Britt are still right at 54%. Both are must owns, so make sure and double check for them first.

Golden Tate (@ BUF), WR Seattle Seahawks
You would think 58 points meant a big day for Russell Wilson and the passing game. Not so much. It was a weird day for everyone but Marshawn Lynch and the Seattle Defense. Tate had a down week on the heels of a hot streak. Reports are that Sidney Rice is in a walking boot. If he is out or limited, I like Tate to benefit with 5-15 points.

Davone Bess (vs JAC), WR Miami Dolphins
He’s been more consistent than more acclaimed teammate Brian Hartline, yet he’s much less owned. Over the course of the season he has scored at least 4 points 86% of the time. He is lock to get you something and I actually think he has double digit upside at home against a shoddy Jaguars defense.

Alshon Jeffery (vs GB), WR Chicago Bears
Healthy again, the imposing rookie is back to the form he flashed early in the season. He caught a nice touchdown and scored 12 fantasy points in Week 14. The Packers will focus on containing Brandon Marshall which should open things up for Alshon. For the Bears to win this one Jeffery has to have a big game.

Donnie Avery (@ HOU), Indianapolis Colts
The data dictated we get aggressive with Avery in our rankings last week. As Andrew Luck heaved the ball to a wide open Donnie Avery in the endzone, we couldn’t believe the 14 point monster we predicted was happening (well, actually we could). Then somehow the ball hits Avery in the chest, bounces off his pads, and the ball lands incomplete. Jiminy Friggin Christmas. The rookie, Hilton, is the WR2 in Indy I love the most but unfortunately he is 75% owned. I like a veteran in a huge division game on the road against a Texans team who has been giving up tons of passing yards. You might get 3 points, but Avery has legitimate 15 point upside. His average is a polar 7.5 ppg over the last 5 weeks.

Rams WR (vs MIN)
If Danny Amendola is out again, we continue to love rookie Chris Givens (35% owned). His streak of 9+ point Amendola-less performances was finally snapped last week. I like him to rebound at home with a great matchup for fantasy receivers. Brandon Gibson (15% owned) also has to be mentioned because he was the one with a big game last week and he’s not been affected by Amendola’s presence as much. Again, great matchup.

Jason Avant (vs CIN), WR Philadelphia Eagles
We talked about it last week. It’s the second team doctrine. Jason Avant and Riley Cooper have become viable fantasy options. Avant’s snaps increased big time this week (93%) and he looked spectacular with 12 targets and 133 yards last week. Generally, the Bengals have been tough against the fantasy receiver but I like the #2 or #3 not being covered by Leon Hall to show up in this game. Cooper is still a decent desperation option at home after he still had a respectable 9 targets on 93% snaps last week.

Rod Streater (vs KC), WR Oakland Raiders
Denarius Moore has been in the doghouse a bit lately. This means more playing time for the big athletic Streater, who was the training camp star this year as Moore was last year. He had 100 yards on 78% of offensive snaps last week. The Raiders have the Chiefs coming to town and Coach Allen has indicated he wants to see his young guys get more run. This is a great matchup and a very, very snaky play that could actually pay off.

Randy Moss (@ NE), WR San Francisco 49ers
How times have changed. Randy Moss on a deep waiver list beneath rookie Raider Rod Streater. Crazy. The introduction of Colin Kaepernick has infused vertical capabilities into the offense and Moss is getting his shots downfield. I have to like him a little bit in a return to New England. Although, I am somewhat concerned that the Patriots, having finally acquired a big time corner in Aqib Talib, shadowed Andre Johnson last week. Something philosophically we haven’t seen much from the Pats. Even in his old age, New England probably fears Moss more than Michael Crabtree which means he could draw Talib. Tread lightly here, but this is a fun play with upside.

Redskins WR (@ CLE)
Expect Pierre Garcon to spend a lot of time on Haden Island this week. That leaves Josh Morgan and Santana Moss as guys I like on the other side. Moss is the inconsistent option with big upside. Morgan has scored 5+ points in 5 of his last 6 games and has shown a 9 point ceiling. Morgan edged out Moss in Week 14 offensive snaps (65% to 51%).

Kendall Wright (vs NYJ)
He isn’t exactly lighting it up but he can help you get by if you just need something out of your WR3. Wright is pretty much a lock for 5 points and he’ll get you 10 if he happens to score. Jake Locker loves him, he got 9 targets last week, and Antonio Cromartie will likely be covering Kenny Britt. A few of the reasons I’d give this play some thought.

Marvin Jones (@ PHI), WR Cincinnati Bengals
Hey, he’s a rookie why not? Rookie receivers have gone huge this year. As soon as Mohamed Sanu exited stage right, Marvin Jones ran to the maracas. Only 5 touches last week but this very fluid and intelligent athlete turned that into 82 yards. Not bad. He played a whopping 92% of offensive snaps. The Eagles pass defense is like a colander. Grab your rocks and squeeze your cheeks.