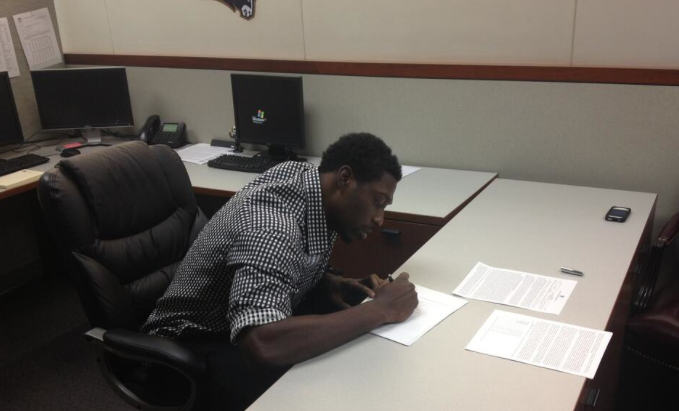 It’s highly likely that at least four or five of 2013’s top 10 tight ends, when looking back on the season, will be players that were drafted in the second half of fantasy drafts, or perhaps even went undrafted.

We could go back and do this for every year of the last half-decade, and would find the same phenomenon. It’s why “streaming” tight ends has been a winning methodology in fantasy football during its recent boom of popularity. NFL teams have begun utilizing big, athletic TE targets in the vertical passing aspect of their offenses, and out of two-tight sets.

While we here at RW still recommend getting Jimmy Graham on your squad if at all possible in 2013, we are not comfortable recommending you do so before the beginning of the third round given mock draft trends, outcomes and development of positional scarcity through the course of the event.

In all likelihood, you will end up in the eighth round of your fantasy draft still lacking your squads starting TE.

So What Do You Do Now?

You’ll want to pay attention to our Cheat Sheet, first and foremost. It will be available, for free as always, at the beginning of August. Until then, while preparing your plans for fantasy destruction, here are a few candidates to end up tops among TEs at bargain-basement pricing.

They call him a Gronkowski clone, and with Percy Harvin now gone in Minnesota, Greg Jennings is the only proven outlet for a young QB in Christian Ponder who has no experience with him. Rudolph emerged as a red-zone threat in 2012, and will most certainly continue to evolve positively on the offense. Rudolph is always on the field because he is such a terrific blocker, and we could see him adding 2-3 points per game in 2013 standard leagues onto his 6.5 FP/G average from 2012, which would make him a Top 5 kind of guy.

We understand if you hate Gates and his damn plantar fascia by now. The man, who, along with Tony Gonzalez ushered in the era of “basketball player tight ends” has gotten older, no doubt. You have to wonder whether Gates really was totally healthy in 2012, though. We are also encouraged by the new scheme in San Diego, the development of the offensive line, the return of players such as Vincent Brown and Danario Alexander, and the drafting of a real spark-plug in Keenan Allen. While the targets will take looks away from Gates, they will open things up for him. There will be at least a few multiple TD games in 2013 out of Antonio Gates that single-handedly win his owners weeks.

Perhaps the player we’re highest on. Cook oozes with natural athleticism and was horribly misused under HC Mike Munchack in Tennessee. Now he is reunited with former coach Jeff Fisher in St. Louis among a group of young WRs that lacks any real identity with the loss of Danny Amendola. A healthy Jared Cook can be the lynchpin of an offense led by a healthy Sam Bradford, and his explosive ability to generate yards-after-catch in the absence of a seasoned running attack make Cook a player we believe has every opportunity to finally capitalize on it.

The Black Unicorn has moved to the Windy City, where a new coach has taken over. Marc Trestman is known as an offensive mind who loves utilizing the tight end, and Bennett showed in 2012 under legendary Giants TEs coach Mike Pope that he is capable of being much more than the blocking TE he was relegated to being while under his rookie contract in Dallas.

Don’t sleep on this one. Draft Fleener a round earlier than this as your TE2 and feel like you just put on a ski mask and robbed the liquor store. New Colts OC Pep Hamilton comes from Stanford where Luck-to-Fleener was lethal. We expected a carryover in chemistry to occur between the two rookies in 2012, but were a year too early, in 2013, we will not be.