The Fantasy Receiver to Own in Buffalo for 2014
Byron Lambert, Rosterwatch.com 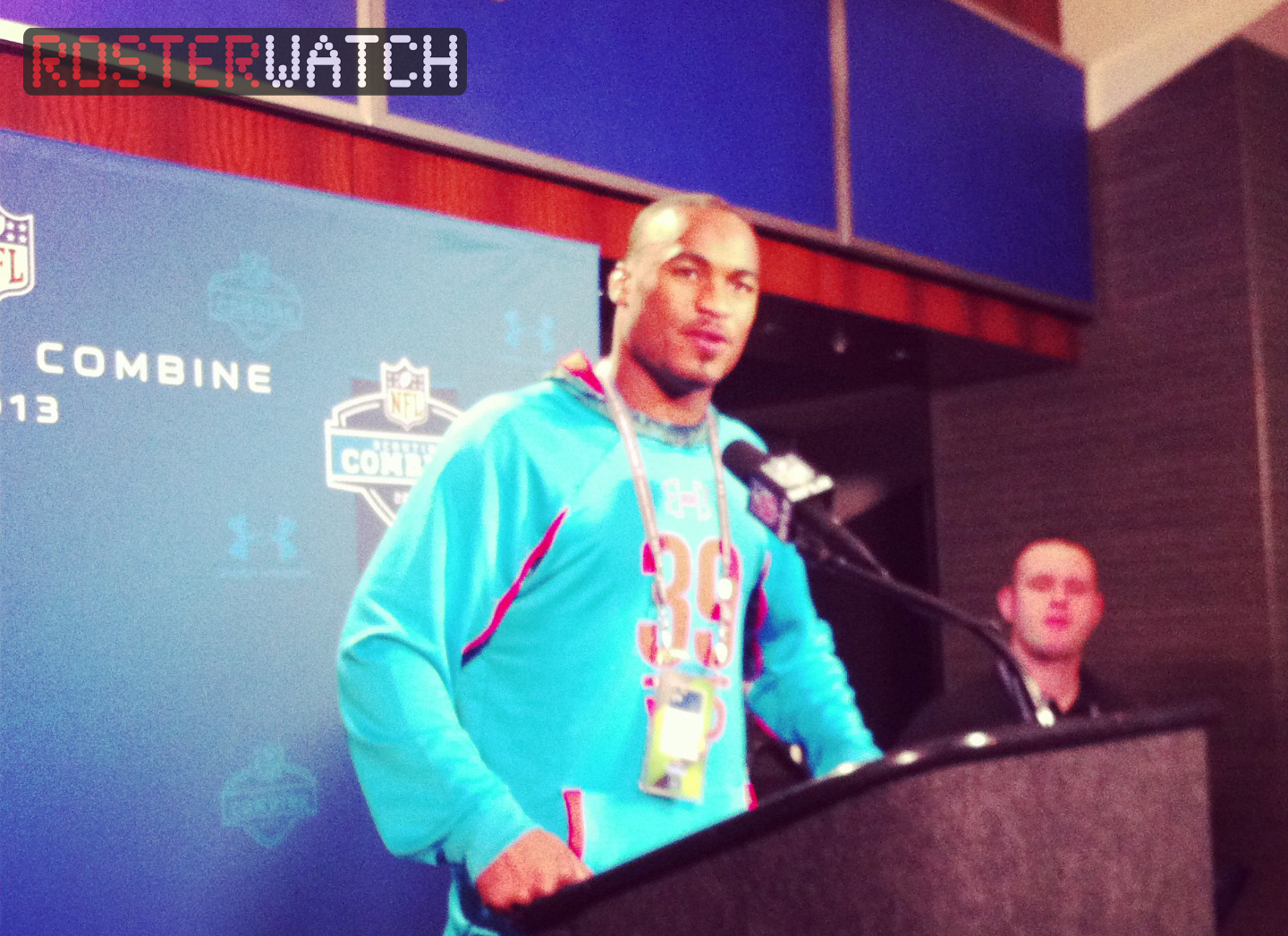 Our question of the day on the Memorial Weekend Sunday Special we hosted on SiriusXM was “which receiver is the guy to own in Buffalo this year?” It’s an interesting topic that is sure to gain steam as the fantasy season nears.

Dynamic rookie Sammy Watkins (our No. 1 overall fantasy prospect prior to May’s NFL Draft) has been added to the mix as quarterback EJ Manuel heads into year two. We are Manuel supporters and were some of the analysts who were highest on him from from the beginning all the way through the end of the 2013 NFL Draft Process. Manuel has the skills and the character to become a good NFL signal caller.

We like what Buffalo has done to surround Manuel with young weapons to promote his development. It was last year’s rookie Robert Woods who had immediate chemistry with EJ in 2013. Woods is slated to take over Stevie Johnson’s former role and get a lot of snaps at the slot position. Of course, former Buccaneers receiver Mike Williams has also been added to the mix this offseason. A player who has shown real red-zone prowess in the past, but has not endeared himself to previous coaching staffs.

These are the three primary Bills “receivers-to-be” in 2014. They each have their merits, and could each arguably be Buffalo’s leading fantasy receiver this season. With current ADPs in 12 team standard redraft leagues of- WR23 for Watkins, WR62 for Robert Woods, and WR77 for Mike Williams- longtime RosterWatch followers know where we are headed with this one.

We’ll always tell you, when all else is apparently equal- we always want the guy who represents the best value. Some would argue, that things are not equal because Sammy Watkins is a transcendent talent. Our take is that Watkins is a great fit for Buffalo, but Buffalo is not a great fit for Watkins – which is a big equalizer in our eyes, at least in year one.

There is a stronger argument for Watkins in dynasty leagues, where the relative ADPs are still miles apart with Watkins at WR2, Woods at WR100, and Williams at WR115. While we completely agree that Watkins has tremendous long-term value in dynasty – it’s hard to imagine that Robert Woods should be drafted 98 receivers later. Certainly, Watkins is worthy of his WR2 rank in this situation- but, what it also tells us is that Woods – and Williams -offer tremendous value late.

To settle the score, we brought Bills insider Chris Trapasso on the show to break it all down. He did an incredible job explaining his investigation of the back story to the Mike Williams/Doug Marrone reunion – one which many were very confused about given the acrimony at Syracuse. Many of our concerns about Mike Williams in Buffalo were alleviated. Trapasso also told us he expects a lot of manufactured touches for Watkins as a rookie, a la Cordarrelle Patterson in Minnesota last year- which is a pretty good sign for his value, because we loved Patterson as a rookie.

In the end, Chris told us that in redraft leagues, Woods is the guy to own (no question) in 2014 – he’s EJ Manuel’s guy. Trapasso also agreed that Woods is a huge sleeper in dynasty. It matches our mantra about draft value. Meaning, we at RosterWatch will be heavily targeting Robert Woods late in all fantasy leagues this offseason. Woods had some very good games while Manuel was healthy last season, and we fully expect that to continue this year.