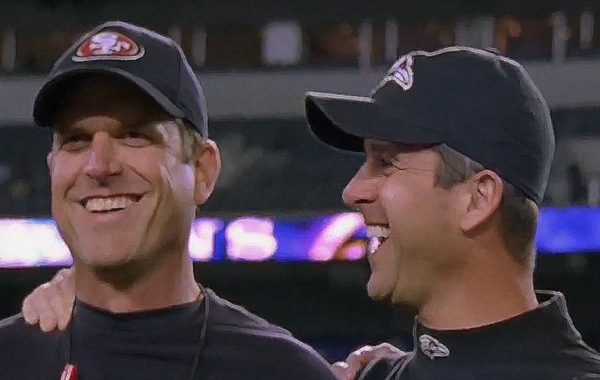 The weeks come and go in an instant. So does the market. I told you. Look for a deal every week. Now is the time to turn up your trade efforts. Pay special attention to teams that have 1-3 or 0-4 records. Take advantage of the value these players present and bolster your rosters as we head towards midseason.

Peyton Manning, QB DEN
He does get to play Oakland one more time. A big game on Sunday, his value is at a peak. See if you have a QB-needy team in your league and see what you can get. Manning is still going to be inconsistent at times.

Willis McGahee, RB DEN
20 more points. Two of his last three games have been big. I like McGahee quite a bit the rest of the season but it’s worth a feeler. The reality is, McGahee is an 18 carry/game guy. You cross your fingers every week that he gets a couple of receptions and a crack at the goal line.

Michael Turner, RB ATL
His fantasy scores so far: 3,10,14,23. Turner is averaging the 12.5 PPG we said he would. The problem? Touchdowns account for almost 40% of his fantasy production. If you can get good value for him, move him this week.

Chris Johnson, RB TEN
This is what you have been waiting for. He finally had his breakout performance. Don’t trick yourself into thinking he is a reliable option. Package him for a premium RB or QB. A #1 WR in return will also do nicely.

Stevan Ridley, RB NE
His points totals through four weeks: 21, 10, 4, 24. Pretty good. It’s easy to undervalue Ridley so make sure you get plenty in return. Still, I never trust Patriot Games. It always seems like ten other running backs touch the ball. I’d prefer dealing him for safer options.

DeSean Jackson, WR PHI
He is unreliable. Try unloading him for an upgrade elsewhere on your roster after his 16 point Sunday Night performance.

Brian Hartline, WR MIA
He is a solid #3 WR moving forward. You could never sell higher after his 33 point monster on Sunday. It’s worth seeing if you can use him as the piece to sweeten a package for a premium player.

Wes Welker, WR NE
Three solid games in a row. Owners panicked in week 1 and 2. Welker is still a solid option. Aaron Hernandez is on the way back though, and there will be some inconsistency ahead. Dangle Welker out there to an owner who loves name recognition.

Tony Romo, QB DAL
His value couldn’t possibly be lower after a string of mediocre games and a huge MNF meltdown. He still has uspide and his schedule improves slightly after the bye. If you need a good cheap QB option, Romo could be your guy.

Darren McFadden, RB OAK
Two stinkers in his last three games and a 9.5 ppg average. DMac is underperforming and his owners face a bye this week. There are legitimate concerns about his fit in the zone blocking scheme. Oakland is not playing to his strengths. No longer the prospect I’d hoped, McFadden is still one of the few workhorse backs left in the NFL. He’s a low end #1 RB. If you can buy low enough, make a move. If you own him and can move him for something fair, give a discount and do a deal.

DeMarco Murray, RB DAL
A 10 PPG average with no breakout performances. The Cowboys run blocking looks horrific. There is momentum building for a buy-low, and I like it. Move in with a deal. I’d rather have Murray than McFadden.

Doug Martin, RB TB
Declining production each week and no really big games. He lost a lot of carries to Blount this weekend, including a goal line carry. This has the look of a time split in the short term. Undoubtedly, Blount will prove unreliable at some point and momentum will shift back toward the more dynamic Martin.

Ryan Mathews, RB SD
Two very mediocre games upon return from injury. The surprise Jackie Battle activity creates concerns about the Chargers trust in Mathews. He would be a nice buy as a #2-3 RB. Maybe as part of a larger deal.

Benjarvus Green-Ellis, RB CIN
He’s shown declining production in every game. His value may have fallen accordingly with his owners. The Law Firm passes the eyeball test and he has a pretty good schedule the rest of the way.

C.J. Spiller, RB BUF
Definitely a confusing conundrum to sort through in Buffalo. Spiller is the guy I like the most. It could be a good time to strike, as confusion and injury concerns abound.

Steve Johnson, WR BUF
He has been consistent but has not had any huge games. The 3 points he scored on Sunday may have turned some owners off. Johnson still got 12 targets. I like him moving forward.

Demaryius Thomas, WR DEN
Two mediocre weeks in a row. I still love him. This is a great time to try and trade for him. I’d be willing to sell Darren McFadden for him.

Hakeem Nicks, WR NYG
Don’t go crazy, but his ailment could elicit a fire sale. If you have some spare assets to hedge against the uncertainty, explore the roster dynamics of the Nicks owner in your league. See if a deal makes sense.

Julio Jones, WR ATL
Two stinkers in his last three and a nagging hand injury. The Secretariat of WRs. See if you can land this high upside thoroughbred. He is an exciting player to own.

Jeremy Maclin, WR PHI
He’s been hampered by injury. Owners could be getting frustrated. When healthy and in rhythm he is the best Philly receiver to own.

Jordy Nelson, WR GB
He’s had a rough start and I like his upside with the Greg Jennings injury.

Kenny Britt, WR TEN
Inactive in Week 4. Concerns about his ankle. I like trying to buy him for a bag of peanuts. With Locker on the shelf, maybe Britt and Hasselbeck rekindle their connection.

Antonio Gates, TE SD
A disastrous beginning to the season. We liked him a lot preseason. He is worth a taking a chance on and he shouldn’t cost you much.