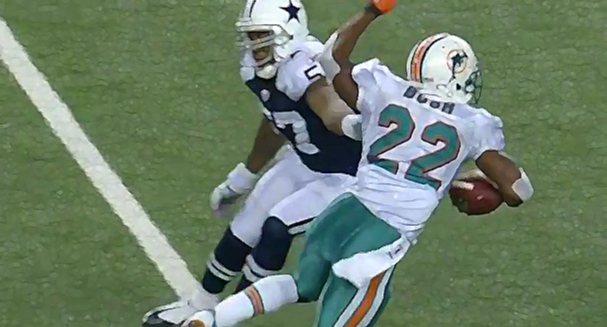 Let the swindles continue. Make a trade. Reject a trade. Accept a trade. Buy Low. Sell High. Always do all of it. Check out this batch of baked goods that just came out of the oven.

Jonathan Dwyer, RB PIT
We’ve loved Dwyer’s skills for two years now. I’m not sure if we can trust this three headed backfield long-term. I own him, I like him, and I’m not sure. Back-to-back 100-yard games is a good time to try and sell. I’d take a WR2 or I’d package him in a deal for a premium player. Something like Eli Manning and Dwyer for Peyton Manning. One thing to keep in mind is that Dwyer’s value will be lessened due to the fact that he is now battling a quad injury and missing practices while Isaac Redman and Rashard Mendenhall have both returned to Week 9 practices in various capacities.

Chris Johnson , RB TEN
While I do believe he has returned to RB1 status, teams that are battling it out on the playoff bubble need to consider this. Their first priority has to be finishing the regular season strong and Johnson does you no good if you don’t make the dance. There are five weeks left in the fantasy football regular season. Down that stretch, Johnson has a bye and faces CHI, MIA, HOU. All terrible fantasy running back matchups. Johnson does have a much better playoff schedule so if you can afford to keep him, he’s not a must-sell. You might be able to swap him for Megatron or Hakeem Nicks plus Mikel LeShoure. I’d even take Darren Sproles and a high end WR3 for him.

Steve Smith, WR CAR
I say it to our callers on the radio show every week. Smith is an 8-point guy with 11-point upside in standard leagues. Look at his game log, it’s true. He just had his best game in 5 weeks with a whopping 12 pts. If you can find an owner in your league who is a sucker for name recognition or argues that Smith is on pace for over 1,300 yards and that it’s just a matter of time until the touchdowns come, trade Smith to him. I’m not holding my breath. I want an RB2 in return, or as always I would also package him in a deal for a premium player. There have been a ton of serviceable receivers on the waiver wire this year that you could have replaced Smith with and there will be more.

Randall Cobb, WR GB
With a bye on the horizon in Week 10 and a Jordy Nelson return imminent, I’m thinking about moving him. He’s had four solid games in a row. You are looking for RB2 value here.

Matt Stafford, QB DET
He actually hasn’t been as bad as you think this year. He’s registered double digit points in every game, never completely soiling the sheets. We’ve also started to see the 20 and 30 point fantasy performances. Things are heating up in Detroit. Some inconsistency is still expected and our preseason expectations have been tempered. There could be some motivated sellers in this market.

Calvin Johnson, WR DET
It’s been a tough run for Megatron this year. Five points or less in three of his last four games. His five pointer on Sunday may be just enough to send Johnson owners over the edge. His schedule isn’t great but Johnson is going to payoff at some point.

Jamaal Charles, RB KC
A one-pointer and a five-pointer in his last two games. It won’t be a fire sale but his value has taken some type of momentary hit.

Hakeem Nicks, WR NYG
He’s been on this list for several weeks now. Another sub-five point performance in Week 8 and the circumstances continue to align perfectly. Make a move now before he has a big game and it’s too late. You want this guy on your team.

Reggie Bush, RB MIA
Other than one monster game he’s been underwhelming this year. His production isn’t guaranteed to change but I think we are seeing his floor. So there is potential for some upside. I’d give up a RB2/WR3 or vice versa to take a crack on Bush.

Mikel LeShoure, RB DET
He looks talented but the production just hasn’t been there. Detroit has been very slow to get on track offensively. With little competition, LeShoure will continue to benefit from a tremendous amount of opportunity. Try picking him up as a flex play and cross your fingers this talented offense continues to heat up. Just a few touchdowns would provide a huge boost in value.

Mike Wallace, WR PIT
Three games of six fantasy points or less in his last four contests. His value is certainly not at its peak. If you need a wideout and happen to be a Wallace fan this is a good time to try and acquire him. Maybe you trade an over-performing RB2 for him.

Antonio Brown, WR PIT
He’s scored single digit points five out of seven times this season. A far cry from preseason expectations. Brown is an 8-11 point guy with upside. His owners could be antsy. If I owned Steve Smith, I would find the Brown owner in my league and see if I could trade Smith for Brown plus a little something. Brown will be just as good as Smith the rest of the way.

Dwayne Bowe, WR KC
Bowe is averaging 5 PPG over the last three weeks. The quarterback situation is a mess. Bowe has proven to be a good player over the years regardless. I’d be happy to pick Bowe up as flex play. Figure out what pieces the Bowe owner in your league needs and low ball him.

Cam Newton, QB CAR
In four of seven contests he has disappointed. He’s had one monster and one average game. I’m not in love with Newton. I think we’ve seen about what he is going to be all season. I do believe there is some upside ahead as his schedule eases. If you are in QB disarray you should take a chance on Newton. If you are strong at QB but weak elsewhere, maybe you “downgrade” at QB to Newton and pick up some steam at another position on your roster in a 2 for 1.

Eagles Players
Vick, Maclin, and Jackson owners could be getting nervous as that situation continues to be turbulent. I would take a flier on all of these guys given the right deal. I would want a big discount. There is a good chance the team rebounds with a great matchup in New Orleans this week. It’s very hard for me to imagine a quarterback change without a complete implosion in Philly.

The Foot Sprains
This is a very risk maneuver. If you have the ammo to pull it off it could be genius. DeMarco Murray and MJD are both out for an extended period with sprained feet. These injuries linger, sometimes all year. Teams that are feeling confident about their playoff chances could secure their championship futures with a move like this, given either player recovers. Be prepared to make a trade that may not payoff at all either.

Bye Week Players
Sometimes another way to get a discount is to trade for a player who is facing a bye. Of course, you do need some roster depth to do this. Aaron Hernandez, Vernon Davis, and Frank Gore come to mind this week.

To view The Week 9 Trade Exchange