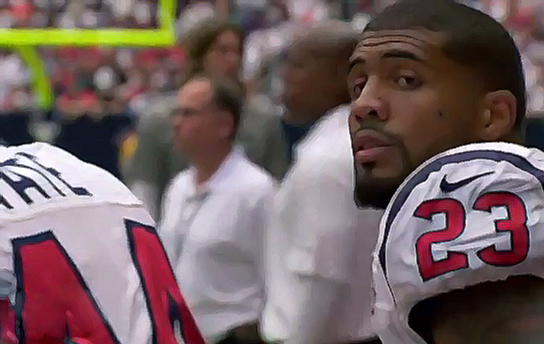 It took eleven weeks for it to occur. Something interesting happened this week. All of the “studs” have become very tightly clustered around the average. I believe this means the respective scenarios for these players has settled in, or shaken out if you will, giving us a higher degree of predictability.

At this point, you know exactly what each of these players is, and what to expect from them the last five weeks of the season. Check the average points for players highlighted in green in Chart 2. Add and subtract five points to that number and you have a probable range of outcomes for any of those players each week moving forward.

+ Chart 1 is arranged by total points on the season. Players with ratios far off of the average are highlighted in red. These players need to be considered within the full context of their situations.

+Chart 2 is sorted by touchdown dependency ratio is ascending order. Generally speaking, a lower ratio is a more positive indicator of continued production near or above recent levels.

* As always, Arian Foster lives on a completely different planet. Do not disturb. 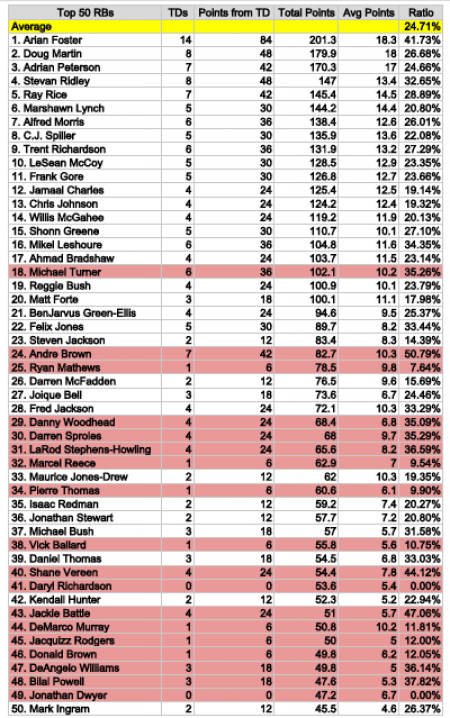 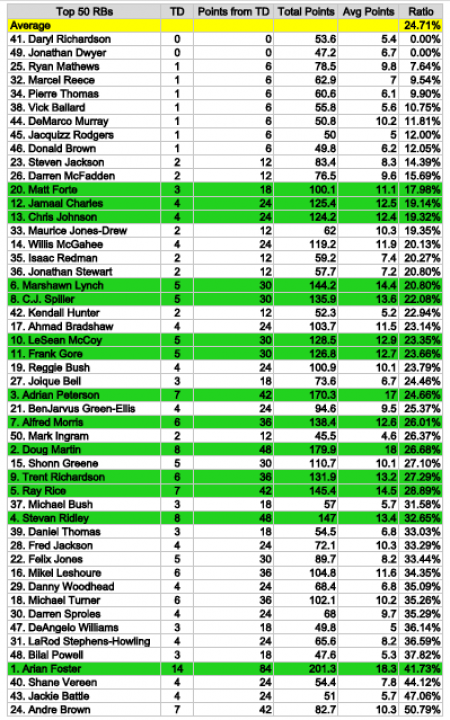