Sit Smarts: Studs that will be Duds in week 12
Dorian “The Trashman” Colbert, Rosterwatch.com 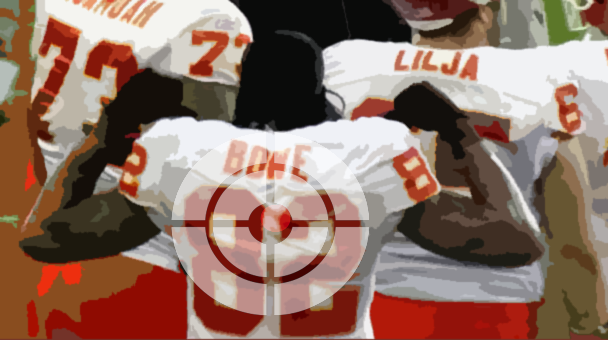 They may have big names, but these players are in for dangerously difficult games. Consider sitting these guys this week.

Dwayne Bowe WR, Chiefs: “My neck, my back, my neck and my back!” While those of you who are familiar with the celluloid masterpiece Friday will appreciate the reference, it’s no laughing matter for the injured Bowe who is ailing in both areas. Combine that with a shaky Brady Quinn and a match up with shutdown artist Champ Bailey, and you have a fantasy nightmare on your hands this week.

Jeremy Maclin WR, Eagles: Oh how the mighty have fallen. Once an early season candidate for a breakout year, Maclin has simply broken down this season. He posted a goose egg last week with Nick Foles at quarterback, and the unimpressive rookie is back behind center this week. I know Maclin has coasted by on name recognition all year, but don’t let your fantasy season rest on his shoulders. It won’t pay off.

Michael Turner RB, Falcons: The supposed takeover of the Atlanta backfield by Jacquizz Rodgers that has been forecast by so many sportswriters hasn’t happened yet, and I honestly don’t think it will. That doesn’t mean Turner is a good play this week against Tampa Bay. They’ve been more lax than usual as of late, but over the season no other team has been as tough against the run. In what will be a difficult division match up, you’re taking a gamble by relying on Turner.

Pierre Thomas RB, Saints: Against a vaunted 49ers defense, Thomas is the odd man out. He’s not used in space like Sproles, nor is he the goal line back a la Ingram, leaving him grasping for viability versus a team that doesn’t leave much room for error. Look elsewhere for value this week.

Brian Hartline WR, Dolphins: Seattle has a formidable run defense, but it’s their pass coverage that stands head and shoulders above just about any other team, literally. The two starting cornerbacks both loom over six feet tall and have locked down opposing receivers all season. Look for them to continue this trend against Hartline and the Dolphins in their game this week. Hartline has been up and down all year, and this contest has his arrow pointing downward.

Martellus Bennett TE, Giants: There hasn’t been a black unicorn sighting in so long, I’m beginning to think they’re extinct. Bennett isn’t getting any help from a tired armed Eli Manning, and to top it off he’s facing the second toughest tight end match up in the league in the Greenbay Packers. You can’t depend on an imaginary creature to save your fantasy season.

Heath Miller TE, Steelers: I’ve loved Miller’s play this season. He’s been the biggest tight end surprise outside of Oakland’s Brandon Myers. But I don’t love his outlook this week against a Cleveland squad that is the league’s worst match up for tight ends. Wait until Big Ben gets back to rely on Miller.