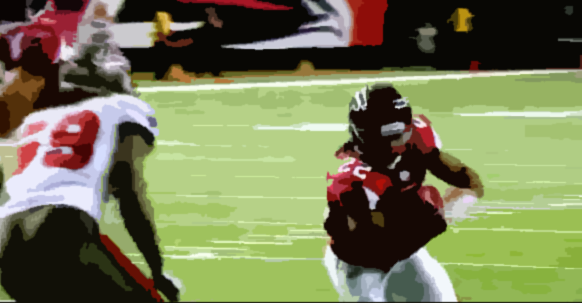 Just when I thought I had punched my ticket to a glorious playoff run. A huge week 12 filled with clutch waiver plays in the bag, and the swindles still abound. My despot of a commissioner called me yesterday to say “not so fast.”

Due to the nepotism that courses through the veins of our league, there are apparently several unorthodox tie-breakers at play that could keep me out of the playoffs regardless of my winning record and impressive points totals. I get the feeling somebody doesn’t want me there when the cousins start kissing.

Somehow, I face another must-win situation in Week 13 in order to be tournament bound. It hurts. Badly. The good news. When I was put to the test last week, we squeezed every ounce of RosterWatch expertise out of the waiver wire for a monster week. Shane Vereen, Beanie Wells, Chris Givens and Ryan Broyles on the same starting roster was pure gold. We will do it again…

The Week 12 waiver article was 5 for 5 on quarterbacks. All of them posting double digit points. Running backs, we were 6 for 10. The Bryce Brown, Beanie Wells, and Shane Vereen waiver pleas must have paid off for some of our readers since they all scored over 16 points.

Colin Kaepernick (@ STL), QB San Francisco 49ers
He’s on fire, scoring 19 points back to back. The week before that was a 17 pointer against the very Rams he plays this week. We think he is a “Tim Tall-Bow” with a real NFL arm. We’ll know on Wednesday, according to HC Jim Harbaugh, whether or not Kaepernick will start Week 13.

Ryan Fitzpatrick (vs JAC), QB Buffalo Bills
It seems like he sucks, and he does, but this is fantasy football and FitzPeePee still had double digit points last week. You have to love the matchup against Jacksonville at home. I see 15-20 points here.

Chad Henne (@ BUF), QB Jacksonville Jaguars
He’s been great the last two weeks and gets one of the best matchups possible this week. Cecil Shorts and Justin Blackmon have emerged as solid weapons for Henne in the passing game.

Sam Bradford (vs SF), QB St. Louis Rams
Seven double digit fantasy performances in a row. He scored 19 at San Francisco three weeks ago. Not an ideal matchup. Keep an eye on Danny Amendola’s status, he was key against SF in the first game.

Jake Locker (vs HOU), QB Tennessee Titans
He’s scored double digit points in every game he’s finished this year. A stout matchup, but the Titans always play the Texans competitively and this game is at home. You can get by with Locker.

Brandon Weeden (@ OAK), QB Cleveland Browns
This is only if he plays. Weeden was concussed on Sunday. If he gets back on the field for Week 13, I like this gunslinger against a horrible Raiders defense.

+ Russell Wilson has been a staple on this list for weeks. He finally had a solid road performance. I do not like him at Chicago this week but he is a reasonable desperation play because he has been so good lately.

Knowshon Moreno (vs TB), RB Denver Broncos
Moreno was a surprise start for the Broncos last week. His skill set propelled him up the depth chart in the absence of Willis McGahee. The Broncos are going to use him like McGahee, who is out for the season, and you could hardly tell the difference between the two on Sunday. Knowshon dominated the backfield with 24 touches on 86% of the offensive snaps and 111 total yards. I like him the rest of the season.

Bryce Brown (@ DAL), RB Philadelphia Eagles
I told you last week Brown was a slashing North-South style runner with burst, and that I love him. What does he do? He has a huge, 29-point rager. There is an argument he should be picked up over Moreno if you are looking for short term help. Expect Brown to get plenty of run the next few weeks as LeSean McCoy is brought back very slowly from his concussion.

Jacquizz Rodgers (vs NO), RB Atlanta Falcons
Over half of you can still pick him up, because he is only 45% owned. ‘Quizz has scored 6-plus fantasy points 5 games in a row now, and he had 16 points in Week 12. Rodgers had 12 touches to Michael Turner’s 16 while outpacing Turner 52% to 38% in offensive snaps. I really like Rodgers on a short week where Michael Turner is slow to recover. Throw in an abysmally Saints rushing defense and this matchup aligns nicely.

Shane Vereen (@ MIA), RB New England Patriots
He is only 10% owned, so there is a great chance you can grab him. Miami is tough against fantasy running backs but Vereen is a quick-hitter type of back. He’s scored at least 6 points in 5 of his last 7 contests. Vereen is coming off a huge 19 point performance in Week 12 and I’d expect New England to continue to involve him, especially if they start to blow the Dolphins out. You do have to proceed with some caution because he did only play on 23% of snaps last week.

David Wilson (@ WAS), RB New York Giants
The Giants backup running back position is usually more of a compliment than a backup. With Andre Brown out for the season, rookie speedster David Wilson is about to get more involved. The Giants have been itching to get him in all year, he just has to stay out of his own way. I can see him ripping off big chunks as a change of pace to Bradshaw. Throw in his special teams production if you are in a league that scores for that and you have a player that should definitely be rostered.

Bilal Powell (vs ARI), RB New York Jets
18 points in Week 11. 12 points in Week 12. The Jets are getting Powell much more involved. Probably because Shonn Greene stinks. It is almost an even split in snaps and touches between the two right now. I expect the Jets to run the ball a lot in a tight game against a rookie quarterback. The Cardinals allowed 173 rushing yards in Week 12 and that was at home. He gets Jacksonville and Tennessee after that.

Michael Bush (vs SEA), RB Chicago Bears
He had six more touches than Matt Forte in Week 12. Forte is also sporting a re-injured ankle. Coming off of a 60 yard 2 touchdown performance, Bush is worth a pickup with a below average fantasy rushing defense coming to town in Seattle. (Update: Matt Forte is sounding unlikely to play in Wk 13. Give Bush a big boost.)

Jonathan Dwyer (@ BAL), RB Pittsburgh Steelers
Dwyer was on the verge of taking a hold on the Steelers backfield last week. Then he fumbled. Like everyone else. Coach Tomlin still dubbed Dwyer “the starter” this week. I’m not sure it means much. It’s a crowded backfield and Dwyer only played on 30% of snaps in Week 12. Baltimore presents a tough matchup at home for fantasy running backs.

Daniel Thomas (vs NE), RB Miami Dolphins
The Dolphin backfield continues to trend towards a committee. Thomas had 10 touches to Bush’s 15 but matched his production with 14 fantasy points. He has a fairly benign matchup against the Patriots this week. I’m just not sure how long Miami will be able to stick with the run game.

Joique Bell (vs IND), RB Detroit Lions
After a brief respite, he’s back on the list after 11 points in Week 12. Bell has been a good desperation flex play all season. He doesn’t get a ton of touches but he’s productive with most of them. A tremendous matchup against the Colts, albeit Bell has been most productive when the Lions have played behind. It doesn’t seem like that would be the case in this one at home but you never know with the great Andrew Luck at the helm.

Cedric Peerman (@ SD), RB Cincinnati Bengals
His carries and snaps are very limited. Peerman’s burst makes him appealing even in a limited role. 8 carries for 61 yards in Week 12. He’s had back to back serviceable fantasy performances. San Diego presents a fairly average matchup versus the fantasy running back.