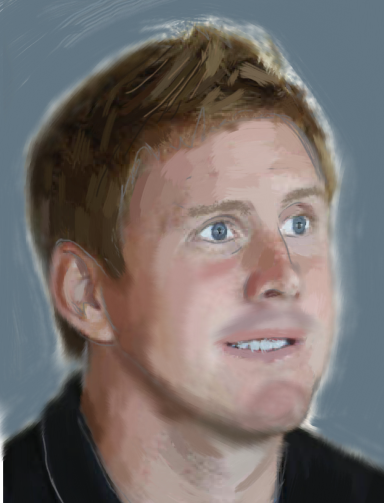 Luckily, it’s a much deeper crop this week. Your primary objectives are:

1. Pick up players that you may need to consider starting this week.
2. Injury proof your team with handcuffs and bench pickups.
3. Play defense against your remaining opponents by rostering players they might need.

Jake Locker (vs NYJ), QB Tennessee Titans
He’s scored double digit points in all 7 games he completed this year. In four of those contests he scored 15+ points, and two of those were 20+ pointers (one being 28). Locker is a safe play with upside because of his rushing skills at home against the Jets.

Ryan Tannehill (vs JAC), QB Miami Dolphins
The rookie is coming around after early season inconsistency. He’s scored double digit points three games in a row, all versus very tough defenses. He gets one of the best possible matchups for fantasy quarterbacks at home this week.

Russell Wilson (@ BUF), QB Seattle Seahawks
The ‘Hawks are ballin and Wilson is leading the break. Buffalo isn’t the easiest matchup for fantasy quarterbacks but Wilson has gained our trust while also demonstrating huge upside several times this season.

Brandon Weeden (vs WAS), QB Cleveland Browns
Can you believe how many rookies are on this list? Guys I’m suggesting you play in the semi-finals of your fantasy playoffs. Crazy I know. Times have changed. For the most part Weeden has been an 8-16 point guy. On paper Washington is a great fantasy matchup. I’m a little nervous that he’s been better on the road than at home but the guy is a gunslinger. Cross your fingers DeAngelo Hall doesn’t play this rookie for a fool.

Ryan Fitzpatrick (vs SEA), QB Buffalo Bills
It’s a very tough matchup and we’ve all learned by now that FitzPeePee is a hit or miss option. If you’re in a bind he’s proven in the past that he can go off. I’d rather gamble on him at home.

Nick Foles (vs CIN), QB Philadelphia Eagles
Another rookie. One of the guys we thought was the worst at the 2012 Senior Bowl. He scored 32 points last week. We’ve watched Foles closely and it turns out he is a sponge with acumen in the NFL passing game. Amazing what a little time to develop rhythm with your receivers does. The Bengals present a tough test for the rookie, but like Fitzpatrick, I’d rather gamble on him at home. An absolute desperation play.

Montell Owens (@ MIA), RB Jacksonville Jaguars
We like calling him Montel Williams, but no paternity tests here. An inspiring 16 point fantasy performance in Week 14. Owens has looked good that last two weeks and has a lock on the starting job. The Dolphins present a tough matchup but Owens will get plenty of touches.

David Wilson (@ ATL), RB New York Giants
I’m sure you know about his monster Week 14 performance by now. He carried the ball more times the Ahmad Bradshaw. Wilson is especially valuable in leagues that score special teams production. We’ve said it a million times, the Giants RB2 is a valuable commodity. A banged up Ahmad Bradshaw and a poor Falcons fantasy run defense make Wilson a strong pick up and a reasonable play in Week 15.

Bilal Powell (@ TEN), RB New York Jets
The Jets backfield has been trending towards a 50/50 timeshare for a month now. In Week 14, Powell’s production was identical to Shonn Greene’s on only one less carry. He had a very respectable 15 points, meaning he’s scored 12+ in 3 of his last 4 games. I like him to get a lot of action against the Titans.

Joique Bell (@ ARI), RB Detroit Lions
Double digit fantasy points three games in a row. Bell has been a reliable desperation option all year but this is a big development. He is heating up and the Lions coaching staff has taken notice. He’s a part of the game plan every week and I expect him to get more touches than usual in a blowout against the Cardinals. A lof of big garbage-time action with Joique Bell’s name written all over it in this one.

LaMichael James (@ NE), RB San Francisco 49ers
Finally! I hounded John Clayton at the NFL Combine last year about the possibility of a team with regional appeal taking a flyer on James. The best team and offensive coach possible pulled the trigger. James is eventually going to be the ultimate compliment to Frank Gore. He saw his first action in Week 14 because Kendall Hunter is out for the season and the Tip-Toe Burglar (Brandon Jacobs) has been detained for his criminal activities on the football field. Next on the schedule are the prolific New England Patriots. While San Fran’s rushing schemes are much different than Houston’s, Vince Wilfork and the Patriots proved on MNF that they are going to be tough to run on at home. I think that means more plays in space to James as an extension of the running game. Harbaugh is moving forward with the explosive youth movement and he’s going to need some big plays out of his youngsters to keep pace this week. James looked fast and very quick on his 9 Week 14 touches.

Alex Green (@ CHI), RB Green Bay Packers
This is much less than ideal. He had a respectable 7 points last week and is set to be the lead dog again this week. The problem is that output included a career high in rushing. You always have to give credit to the starting running back on a high scoring offense though, if push comes to shove you could do worse. The Bears are a tough matchup.

Shane Vereen (vs SF), RB New England Patriots
Nothing to love here but he is a fathomable desperation play. A hit or miss prospect with a tough matchup. Vereen is an explosive player that gets touches on a prolific offense. Like LaMichael James above, the Patriots may be forced to extend their running game in some creative ways against a stout Niners run defense. Vereen is fit for those creative schemes. In 6 of his last 9 games he’s scored at least 4 points. He’s also shown us 19 point upside recently.