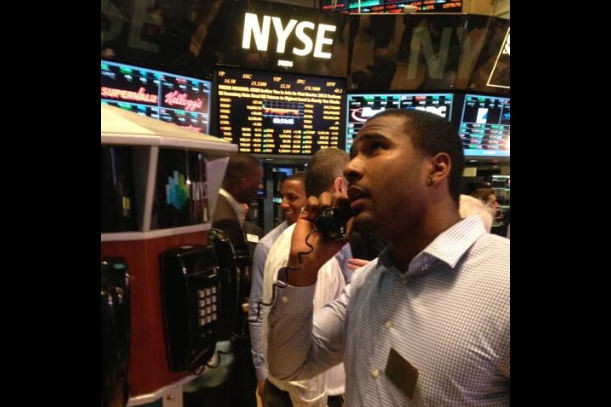 If you’ve listened to the RosterWatch Sirius XM Fantasy Sports radio show recently, undoubtedly you’ve heard me preach about the surplus of viable fantasy quarterbacks that currently exists. To the point, where we couldn’t recommend that Aaron Rodgers or Cam Newton owners spend a waiver claim on a fill in quarterback during their byes this week. It’s just not necessary.

For those of you looking to bolster your quarterback position on the cheap, if the Phillip Rivers and Jay Cutlers of the world are gone in your league, here are the players we recommend. Heck, we may recommend many of these over the aforementioned in any given week, as it is.

He’s now been on our waiver report for close to twenty weeks in a row, dating back to last year. He’s averaging 17.9 ppg in 2013. Playing for Andy Reid will continue to boost his fantasy stock. He’s a guarantee for double digit points, and we love his matchup at home this week against the Giants. New York is a very fantasy quarterback-friendly matchup.

Ryan Tannehill, QB Miami Dolphins
Our favorite developmental quarterback prospect heading in to this year. We recommended Tannehill repeatedly as our favorite QB2 in fantasy drafts. Last week, in this very report, we promised you at least 13 points out of the NFL sophomore. So, he scored 14.5 points. The Dolphins head coach, Joe Philbin, is a pass happy play caller. Things are only going to get better for Tannehill. He doesn’t get mentioned with Luck, Griffin, or Wilson now – but he will soon.

Jake Locker, QB Tennessee Titans
Do yourself a favor, and look at what we told you about Locker last week. Yeah, after his 27 points in Week 3- we still feel the exact same way. The Jets will provide a tougher matchup in Week 4. We still guarantee double digit fantasy points.

Terrelle Pryor, QB Oakland Raiders
I know this is starting to sound like a broken record titled “We Told You So”- but what the heck do you want me to do- LIE?!?! Check the records, we were the first outlet to officially predict Pryor as the starter in Oakland over six weeks ago. We implored our followers to draft him late as a flier. All in all, he’s been solid. Pryor is showing real leadership and command of the offense, and is clearly developing as a passer. His legs are fantasy gold. If he passes concussion protocol and is cleared to play this week- Pryor is a solid grab at home against a horrendous Redskins defense. Pryor vs. RG3 sounds like a pretty entertaining game to watch.

EJ Manuel, QB Buffalo Bills
We won’t do it- and point out that we loved EJ Manuel as an NFL prospect- when NO other NFL Draft Scouts did. Or, tell you about the article we wrote in May, on this very website, predicting he would average 15 ppg as a fantasy rookie. We’ll just tell you that he’s in fact averaging 16.86 ppg through three weeks against three very tough defenses. We like him to continue double digit scoring at home against Baltimore this week.

Geno Smith, QB New York Jets
He displayed big-time upside out dueling EJ Manuel in Week 3 and scoring 25 fantasy points. As we noted throughout the NFL Draft evaluation process, Geno Smith was by far the best passer of the incoming rookies. We saw it with our own eyes during drills at the NFL Combine. It showed up on Sunday. His ability to run has always taken a backseat to his willingness to pass. As a rookie under duress, Smith is using is athletic ability and producing an extra 2-3 ppg with his legs. The matchup at Tennesse could be a very tricky one this week. Smith has put up two respectable scores so far this season, and one dud. He’s a boom/bust play in Week 4, and a decent own long-term.

Christian Ponder, QB Minnesota Vikings
This is if he plays across the pond in London. He’s battling a bit of a rib injury, which can be cumbersome for quarterbacks. We don’t usually like or depend on Christian Ponder. In fact, we hate him as a player and a teammate of Adrian Peterson’s. Thing is, sometimes he gets on a fantasy roll- and has to make this article. Much of that can be attributed to his scrambling ability. He’s gone back to back 12 and 20 points against two very respectable defenses. We don’t love the road game in Europe, but Pittsburgh is a better matchup than most think.

I should have probably saved this heap of rubbish for the Trashman’s Garbage Grab later in the week. Hoyer scored 20 points in his first start for the Browns last week. It’s hard to trust, but it’s worth a mention. The matchup doesn’t get too easy against the division rival Bengals and their stout defense. But, at least Hoyer will be playing at home for his first time. This is a complete desperation play in very deep leagues.