The mass hysteria has officially begun. Sources are now starting to indicate that Texas A&M QB Ryan Tannehill could be part of the discussion for QB-needy teams very early in this year’s NFL Draft. Perhaps as early as the Browns, who hold the 4th overall pick.

Living in Austin, we’ve obviously followed Tannehill’s career closely. I like him, and furthermore, I like his taste in women if his fiancé is any indicator: 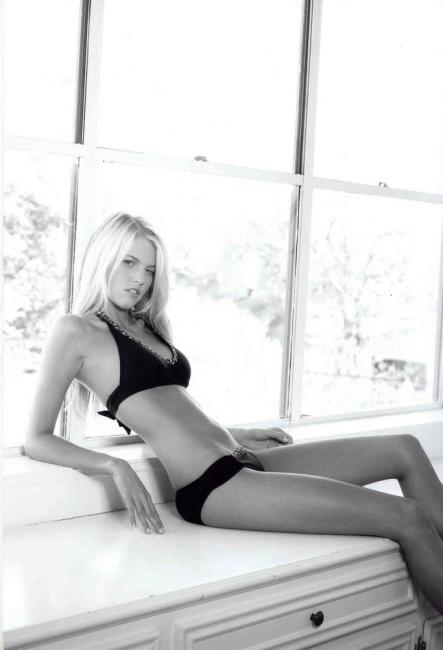 QBs always get the chicks- and the big cash. It’s cliché to say but this league is a business and right now business dictates personnel needs which optimally including one elite QB. Think of the three highest paid positions in the league on average:

It’s quarterback driven. Front-office to game plan. It’s a business. That is why we see teams trade up for the Jake Locker’s and the Christian Ponder’s of the world.

I spoke with sources within Tannehill’s representation recently, and was the first to announce he would not throw at the NFL Combine. After breaking the 5th metatarsal bone in his foot early he in January, he has refrained from taking part in any drills and will not until March 28th, inside the friendly combines of the Texas A&M athletic facility.

I think that Tannehill’s inflation in stock is the result of three separate, combining factors:

1) Like I mentioned before, this league is in a QB frenzy right now. Dan Snyder just mortgaged his franchise for Robert Griffin III. Somebody is about to pay Matt Flynn about $2 million per completion thrown in 2011. Unbelievable. Don’t even get me started on taking wild swings at guys like Kevin Kolb or Matt Cassel. This is why Jake Locker (a smaller, less athletic player with a worse completion percentage and far less TDs his final season than Tannehill) got swooped at 8 last year. Christian Ponder, a guy with huge fundamental question marks was drafted at 12. Blaine Gabbert represented the best upside of the 3, but has been a disaster himself. The point is: Teams will go after these guys. They see the potential upside there, and when they are running their pro formas, they understand better than anyone the value of an elite quarterback. The problem is, very few turn out elite.

3) Tannehill hasn’t had to take part in events like the Senior Bowl. This is an event where QBs do not necessarily look great. Nick Foles and Kellen Moore greatly hurt their stock by throwing in front of scouts to unfamiliar receivers in a new offensive system. I think in scouting, and certainly within the scouting media- absence can make the heart grow fonder. We haven’t seen anything out of Tannehill to make us NOT like him, so then obviously we refer to what we know: He’s an athletic, tall big kid who’s smart. Let’s give him $20 million.

Tannehill started college as a wide receiver, and he has a better-than-average “real time” understanding of the route tree. That is important. He has a quick (and initially very strong) delivery to which he can he can add elevation and follow-through ability with proper coaching and development. He is 6’4”, over 220 pounds, and obviously mobile and athletic enough to compete as a Division-1 major-conference wide receiver.

With all that said, he has started 19 games as a quarterback. He makes suspect throws at critical times and floats balls. He tries to look off DBs, and I give him credit for that, but he is terrible at it, and usually goes to his second-read only while getting hit or running out of the pocket. Tannehill’s completion percentage reminds me a little bit of Nick Foles. It’s good. Around 61%. (Foles was at almost 70% in 2011) When you watch film back on both these guys, you will see the same thing. They complete a bunch of short screen passes and quick hitch routes to open WRs. Both struggle throwing into coverage, and both show very suspect arm strength. The main difference that I see is that Foles had the ability to confirm various scouts’ suspicions about these issues through working out in this draft process. If Nick Foles had busted his foot, who knows? We might be talking about Nick Foles going at number 4 overall! Why not? I can hear it now:

He has the size. Look at his completion percentage in college! He’s smart as can be, and if you want to see his arm- come see it at Arizona Pro Day where he’ll be throwing scripted routes to Juron Criner.