RBBC: Running Back By Confusion
Dorian “The Trashman” Colbert, Rosterwatch.com 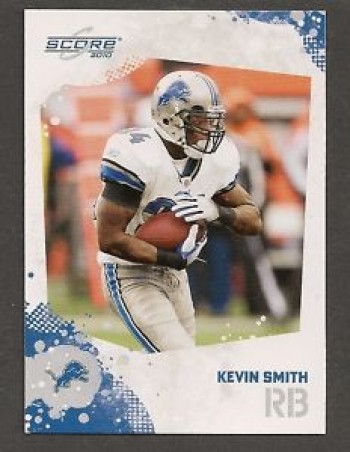 “Gather round chil’ren and I’ll tell you the legend of the workhorse back!”

That’s how I imagine a start to how us old timers will impart the story of the long lost lead running back to awestruck youngsters in approximately, eh, five years or so. Don’t believe me? Name more than a handful of teams that have only one primary back, and I’ll eat my hat. Ok, I’m not wearing one, but I have one fashioned from a solitary Bugle handy just in case. It’s pretty much common knowledge now that fantasy football is quickly becoming a quarterback/receiver dependent game, but runners are still clinging to legitimacy.

Currently, many backfield situations in the NFL involve at least two backs getting significant carries throughout a game, and often times it works seamlessly. Carolina and San Diego come to mind as two teams that are able to incorporate two running backs and get decent production out of both of them. This doesn’t really concern me today. I’m here to talk about those running back arrangements that are sending up red flags that they are situations to avoid or monitor, at least in fantasy drafts. Following are team situations that might cancel out the roto-relevance of their backs, or least make one pause for concern when considering them for drafts:

Cincinnati: No big surprise here. Benjarvus Green-Ellis and Bernard Scott are tailor-made for splitting carries. That is pretty much what their NFL careers have consisted of to this point, and I see no reason why that would change in the current Bengals scheme. If you draft a player from this team in the first four rounds that isn’t a disgusting receiver, you might as well take your league admission fee and burn it. Or, send it to RosterWatch where it will go towards feeding starving musicians.

Detroit: Depending on who you listen to, either Jahvid Best, Mikel Leshoure, or Kevin Smith is the back to own in Detroit. In truth, they all might be worth a roster spot at some point during the season. I’m just not sure when.  Best has the most upside, and Leshoure has the skills to be an every down back, but somehow Kevin Smith seems to end up being the best value in Detroit time and time again. Unless one of them gets injured, which is actually pretty likely, this is a situation that could end up frustrating you to no end.

San Francisco: San Fran RB coach Tom Rathman has already stated that there isn’t one runner who will shoulder the load for the 49ers this season. With Frank Gore, Kendall Hunter, Brandon Jacobs, LaMichael James, and the kitchen sink all vying for carries, we believe him. I hate to admit it, but Gore is probably not going to be the dark horse that resurfaces yearly to shock naysayers anymore.

Atlanta:  Michael Turner is 30, and prone to getting run down as the season wears on. I think the Falcons are weary of this happening again, especially when it doesn’t have to. Jacquizz Rodgers is a capable back, and is useful in the passing game, which is an aspect Atlanta looks to improve on. The team’s website hints at a time share, though it might just be conjecture. Just don’t come crying when your second round pick garners sixth or seventh round value.

New Orleans: All of the Saints’ runners are good, but they all can’t have fantasy value, or can they? It’s yet to be seen if the bounty turmoil that is plaguing the defense will carry over to the other side of the ball, but I don’t really want to take my chances with the game of musical chairs that could transpire. And Darren Sproles doesn’t count. he’s a receiver that lines up in the backfield.

New England: If you can tell me who will be the most useful out of Shane Vereen, Stevan Ridley, and Danny Woodhead this season, you’re probably from the future… so hand over your flying car.

Pittsburgh: Sure you can roll with Isaac Redman for the first six games. After that, it’s anyone’s guess as to who, if anyone, will be the man in Pittsburgh. Baron Batch and Jonathan Dwyer could make things pretty interesting.

Tampa Bay:  Everyone seems to want Doug Martin to be the guy in Tampa Bay. Everyone except LeGarrette Blount, who seems particularly motivated to not relinquish his role as the lead back. Hopefully, HC Greg Schiano runs the ball enough that the situation is similar to that of Carolina. I’m optimistic on this one.

Arizona:  Beanie Wells just can’t manage to help his situation in Arizona. The team does their best to make him the one back that matters there, but it never seems to work out that way. Ryan Williams could end up being the better back to own.