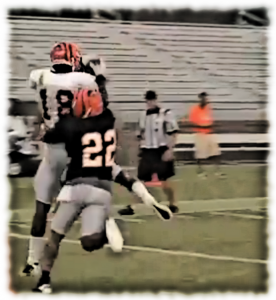 Football aficionados recognize that Bengals WR A.J. Green is an elite talent. Draftniks knew this year that there weren’t any rookie prospects of his ilk. I’m not sure Green is getting the proper attention from fantasy footballers though.

He is an artist, a playmaker, a touchdown scorer, a leader, and far and away the most threatening weapon in the Bengals’ arsenal. While nobody is quite the robotic freak from outer space that Megatron is, I do put his skills in the Calvin Johnson/Larry Fitzgerald category, and he should be drafted accordingly. His rookie production was historic and history tells us the great receivers take a huge leap in year two. It is my belief A.J. Green should be the third fantasy wide receiver drafted this year and he should be taken in the second round of fantasy drafts.

Ok, so nobody has the 17 TD rookie monster that the self-proclaimed “Super Freak”, Randy Moss, had in 1998- but consider this list of NFL greats that A.J. Green did outperform as a rookie. Green’s 65 receptions, 1057 yards, and 7 TDs were better across the board than: Calvin Johnson, Larry Fitzgerald, Andre Johnson, Jerry Rice, Michael Irvin, Sterling Sharpe, and Terrell Owens. Pretty good company, and a list of names very fit for an A.J. Green comparison.

Every single one of the aforementioned receivers took a huge leap in their year two production and I expect Green to do the same:

Taking a basic average of these players year two statistics may not be the most scientific method for predicting A.J. Green’s 2012 production, but I do think it has relevance. So we will do it for fun. (I am using Irvin’s extended statistics for this calculation).

These numbers feel very comfortable regarding my expectations for Green this year. There is also some upside to be had. Calvin Johnson, Larry Fitzgerald, Jerry Rice, and Sterling Sharpe all outperformed this average calculation in their second year.

Going one step further, these average numbers equate to 186 total fantasy points (not including rushing yards, rushing touchdowns, or turnovers – all categories that are relatively insignificant for WRs.) 186 points would have been good for 5th on the fantasy receiving list in 2011, behind Calvin Johnson, Jordy Nelson, Wes Welker, and Victor Cruz. Some contrarians will say “why then should I take Green as the 3rd WR if he only projects to be 5th?” Well, did those pundits really predict Jordy Nelson and Victor Cruz to have their respective 2011 fantasy monsters? Probably not, and while Welker is a football magnet, nobody expected him to do a Jerry Rice impression last year. It seems unlikely he will duplicate that effort. Part of the strategy to the fantasy draft, especially in the early rounds, is gauging certainty. In the first few rounds it is absolutely crucial you make out with studs. I feel a high degree of certainty regarding A.J. Green in 2012 and we know with 100% certainty he is a stud wide receiver.