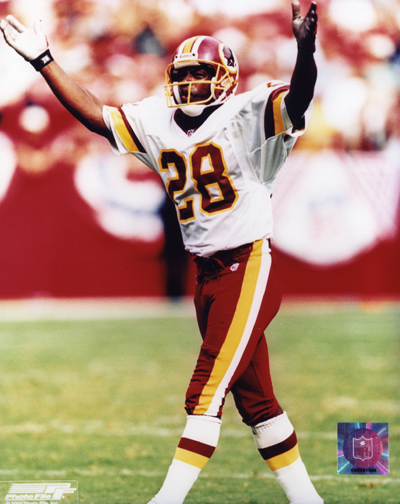 Pat Kirwan reported on Twitter that in a recent conversation with Darrell Green, the subject of his speed happened to come up. Imagine that. Kirwan said:

I suppose the reference to not playing for 3/4 of his high school career is evidence that he managed to successfully keep tread off his tires. Who cares about those 20 NFL seasons, right?

While there is no video evidence to prove his claim as being true, Herschel Walker apparently has his back, although he does say he is “still faster” than Green.