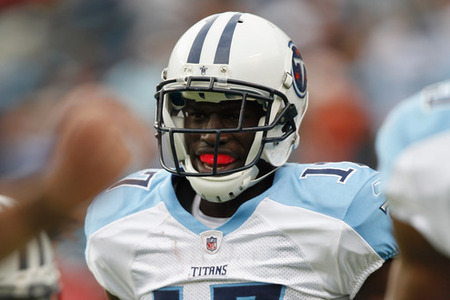 The most covered news out of Titan’s camp concerns the health situations of stud receiver Kenny Britt and last year’s “number one”, Nate Washington. Both are coming off leg injuries, Britt’s torn ACL and a bone chip in Washington’s knee. Washington’s success last season was largely due to Britt’s injury, and Britt will be back in 2012, so logic would tell you that Britt should reclaim his position at the top of the totem pole once things get going. The one forgotten piece of this equation is third year receiver Damian Williams. Williams had a decent year with almost 600 yards and 5 TDs, leading the team in targets on several occasions late in the season. Britt is a beast and will most likely get back to prime condition, but history has shown that it takes at least two years for most athletes to fully recover from an ACL tear. Especially short movement cutters like WRs. Plus, who knows how Washington will respond to his knee surgery? At 28, he is not a spring chicken.

Don’t look now, but I think it’s fully in the realm of possibility for Williams to have a better year than Washington or Britt. He has the talent to make big plays, and he just might be the healthiest option the Titans have going forward (at least for a season). Come draft day, consider taking a chance on Williams. My senses tell me that he will have a really productive year for Tennessee.