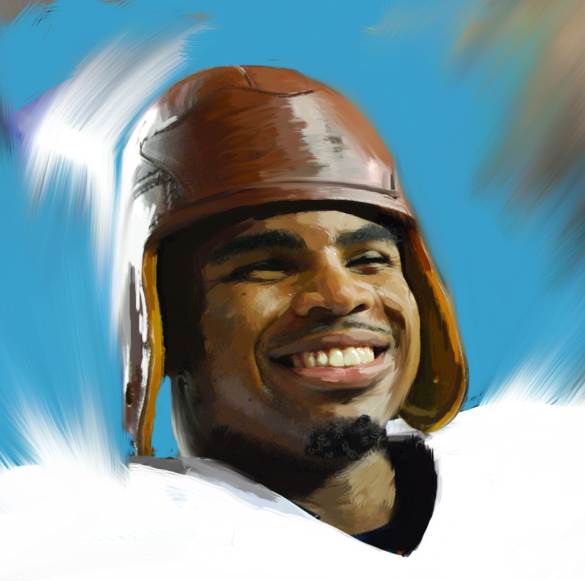 It was obvious during Senior Bowl practices that the Tampa Bay Bucs were the team who’s scouts seemed the most interested in speaking with running backs. Boise State RB Doug Martin in particular. At the Combine, we learned that new Bucs HC Greg Schiano loved Alabama RB Trent Richardson. When the Bucs traded up to the end of the first round to pick Doug Martin, it all made perfect sense. And it isn’t good for current Bucs RB LeGarrette Blount, or his fantasy owners.

Doug Martin (Scouting Report) draws frequent comparisons to Ray Rice, who Greg Schiano coached at Rutgers. LeGarrette Blount has shown he cannot hold onto the football and that he simply cannot avoid running squarely into tacklers. I believe that Doug Martin will assume the starting role in Tampa sooner rather than later barring injury, given the presence of a running backs coach who keeps getting fired. The strange thing about New Tampa Bay RBs coach Earnest Byner, though, is that he was fired not once, but twice immediately after coaching league-leading rushers in Chris Johnson and Maurice Jones-Drew.

HC Greg Schiano wants a “3-down back” who can be powerfully versatile like Ray Rice, and Byner has a great resume for developing bell cow runners. As we head into camp, it isn’t looking like this could be quite an MJD-style 25-30 carry monopoly for Martin, but I could certainly see it shaping up to be more of a Chris Johnson/Lendale White type of timeshare, where owners of Blount are in a position of having to predict sporadic fantasy productivity from vultured TDs or garbage time nonsense.