What in the Hell are the Saints Doing with Drew Brees?
Byron Lambert, Rosterwatch.com 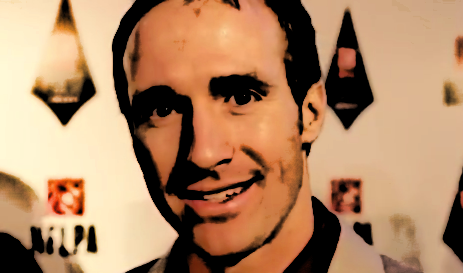 New Orleans Saints owner Tom Benson must be familiar with this list:

Yes, those are the starting QBs, not named Drew Brees, that Benson has employed since acquiring the team in 1985. Even the casual football fan knows it’s never good to have two different starting QBs named Billy Joe at the helm in the same season, as New Orleans did in 1999. Need I say more?

Sure, Drew has been a bit surly this offseason, but doesn’t he have the right to be? He is coming off of one of the most prolific seasons in NFL history, he brought New Orleans their first Superbowl, and his most comparable peers, Tom Brady and Peyton Manning, have recently signed mega-contracts at more advanced ages. The notoriously frugal New England Patriots signed Brady to a 4 year contract extension at 18 million/yr. that took effect in 2011 at the age of 34. This offseason, Manning consummated a 5 year, 96 million dollar contract with the Broncos at the ripe old age of 36 while he is also coming off of several serious neck surgeries. Heck, recently Minnesota paid a 40+ year old Brett Favre almost 30 million for two years of service.

Drew Brees is clearly still in the prime of his career at only 33 years old, and New Orleans needs him more than ever. The fallout from BountyGate has the Saints scrambling. Precocious head coach Sean Payton won’t be calling the shots since he’s been suspended for the season. The team needs leadership and continuity and Brees is the man that can provide it.

Mr. Benson, I know you’ve been busy with the Hornets but don’t forget who butters your bread. You wouldn’t be the popular man you’ve become without Drew, it’s time to reciprocate and pony up the Benjamins.