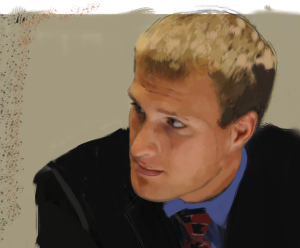 Not necessarily earth-shattering news here, but one of our RW Founders Byron Lambert was told by Michigan State QB Kirk Cousins during Senior Bowl week that Cousins will throw at the combine and do “anything that is asked of him”.

It is our opinion that Kirk Cousins was the QB who elevated his draft stock most at the Senior Bowl, showing consummate maturity as a leader and putting his previously under-rated arm, footwork and delivery on display for coaches, media and scouts alike all week. He has jumped to the #4 QB on our draft board after  Andrew Luck of Stanford, Robert Griffin III of Baylor and Ryan Tannehill of Texas A&M. Many others in the draft community are beginning to share the same sentiment; placing Cousins in the position that was most notably attached to Arizona QB Nick Foles coming into Senior Bowl practices.

All 3 QBs we have ranked above Cousins are questionable at best to throw at the combine. Andrew Luck’s camp has indicated that it is very likely that Luck will let his body of work speak for itself and abstain from throwing drills. His #1 status is already sealed and he stands to gain nothing. Robert Griffin will likely have a great pro day throwing to his Super-Stud WR Kendall Wright and choose to rest on that performance. Ryan Tannehill will still be recovering from foot surgery at the time and is unlikely to be able to do any working out in late February, period.

This leaves Cousins in a position of possibly being the top QB prospect to participate in throwing drills at the Combine, which represents a golden opportunity to continue to build upon his burgeoning draft stock as a high-end prospect for success at the next level.