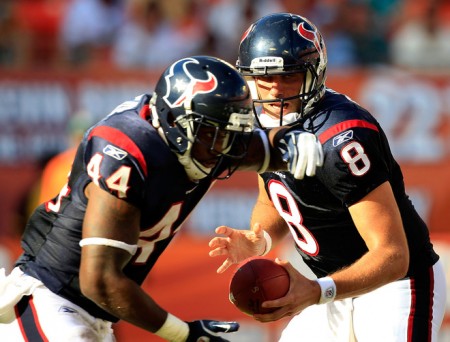 Here we examine fantasy running back productivity versus playing time volume, and as a ratio between 2011 snaps played and total touches. These are not our RB Rankings. These Are. This a a reference tool to help in gauging productivity, involvement and potential.

A fantasy score begins to become accrued via an offensive skill player touch. When the ball is in the running back’s hands either by way of handoff or pass reception, they are position to gain yards and score fantasy points.

Using these variables along with total fantasy output from the 2011 season allows us to not only see who is typically on the field the most, but also who is most likely to get the ball in their hands when they are on the field. We can also begin to understand which players are dependable based on snap volume alone, as well as identify players who score the most fantasy points per touch regardless of snap volume.

These are the Top 60 RBs of 2011 in snap volume. Players who are highlighted in YELLOW are players who will be playing in a new offensive scheme in 2012, therefore, should be looked at differently than players who will be returning to the roles that produced these numbers previously.

As always, feel free to hit us up with questions. We are here to help. 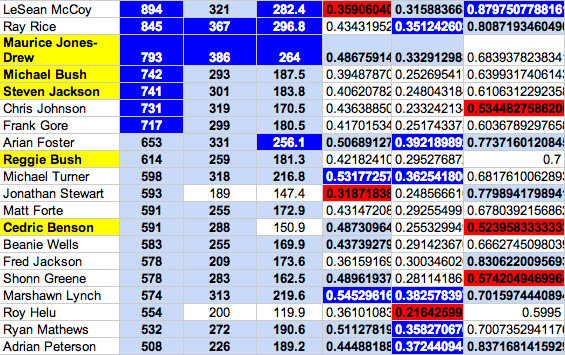 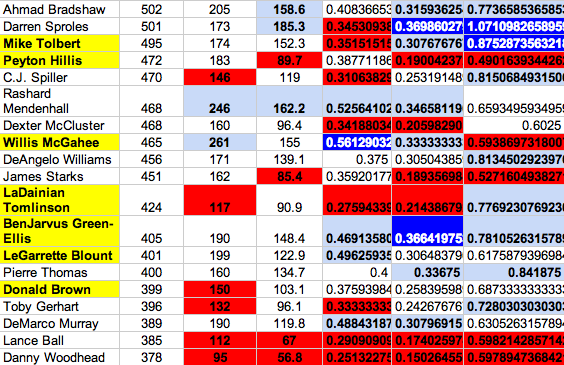 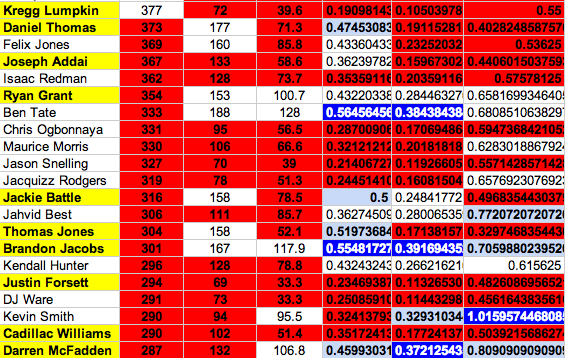