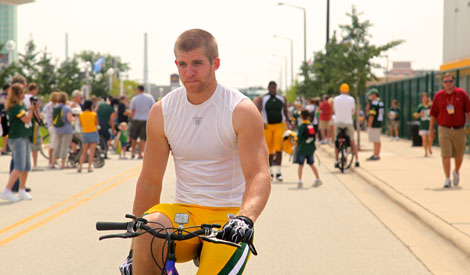 Fantasy points-per-target ratio helps in identifying (situationally) whether the WR is generally utilized in ways conducive to generating fantasy production (i.e. red zone usage and potentially explosive route assignments.) This is a measure of efficiency as opposed to volume. These are the top 100 fantasy WRs of 2011, along with their target totals and fantasy points per target ratios.

The first column is the number of times the WR was targeted in 2011. The second column represents their respective fantasy outputs for the season. The third column is their FP/T ratio.

Blue indicates performance in the Top 25% off all WRs. Since this list only takes into consideration the top 100 fantasy scorers of of 2011, Blue would indicate a Top 25 fantasy performance. Red indicates Bottom 25% performance out of the top 100. The list is ordered by total fantasy points scored on the 2011 season, and based on standard, non-PPR scoring. It should be used as a tool in helping you to decide which players not only scored the most fantasy points or were targeted most in 2011, but what they were able to do with those targets. Remember, Game plans change. The Playbook does not. Lower ranking players with Blue columns on the far right (FP/T) were the kind of players you would look at for a bye week fill in. The players at the top of this list with Red on the far right should raise a bit of a red flag as you go into your drafts.

As always, feel free to ask us questions- We’re here for ya around the clock. 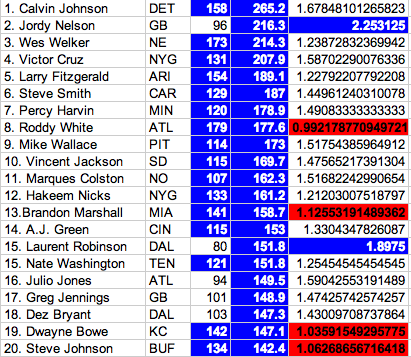 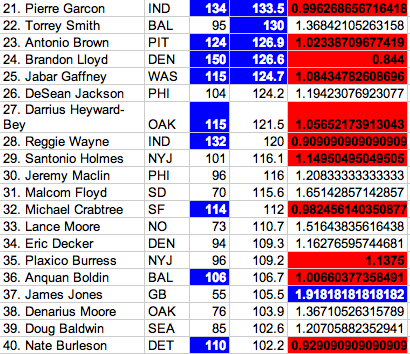 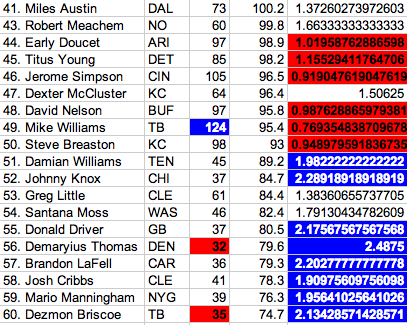 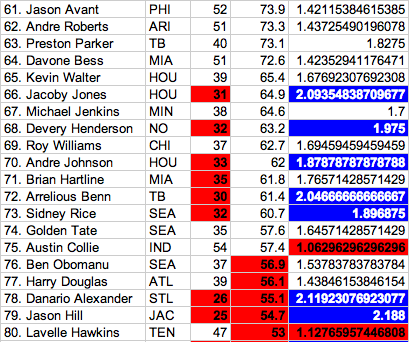 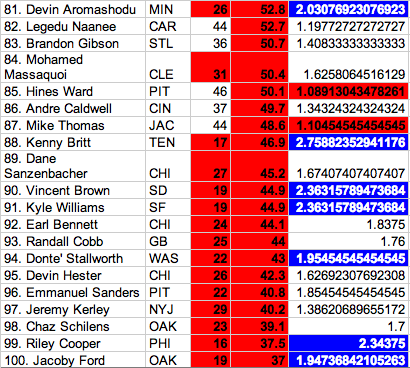