A New Soldier in Town
Dorian “The Trashman” Colbert, RosterWatch.com 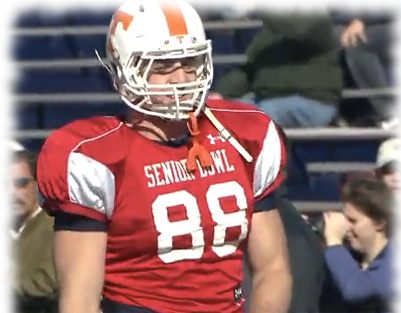 A trade that sent TE Kellen Winslow to Seattle, allowing Tampa Bay to sign Dallas Clark, underwhelmed football fans around the world on Monday. Both players are past their primes, and their upsides are limited. The one player who benefits from this new arrangement is second year Bucs tight-end Luke Stocker, who should be an every down back from this point . Stocker is a speedy strongman (led tight-ends in bench reps at the combine last year and ran a 4.65 forty) who some thought was the best tight-end in last year’s draft. If he can pick up where Winslow left off, Stocker can be a serviceable player in fantasy leagues. After all, he did draw comparisons to Jason Witten coming out of college. Though, that may be because they’re both Tennessee alums. You probably don’t have to pick him up right away in 12 team leagues, but those in dynasty leagues should pay special attention.