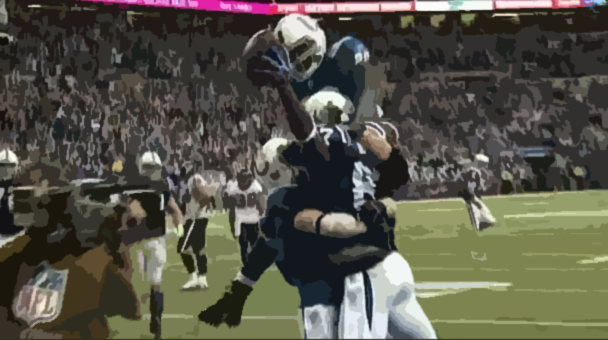 This data is best used as a tiebreaker when analyzing sit/start conundrums or evaluating rest of season player values. The writing may not be completely on the wall, but I think most of us can agree that reviewing the past can give us some useful insight into the future. That’s what we are doing here. Looking at the makeup of a player’s fantasy production at this, the halfway point.

The further you get in to this analysis the more you realize how fine the line is between touchdown dependency and touchdown deficiency.

“Average” ratios are a good indicator that the current levels of production will continue on a fairly reliable basis. High ratios could be indicative of a future decline in value or inconsistency if the touchdowns evaporate. Low ratios may not have been ideal to this point, but they certainly indicate the possibility of a brighter future. Or, if a player has been productive with a sub-average ratio, that player is likely to be very reliable.

As always, the data is arranged in two different charts. The first by total fantasy points on the season. The second by ascending touchdown dependency ratio. Players way off of the average in the first chart are highlighted in red. In chart two, players that have been productive and have healthy ratios are highlighted in green. You can expect these players to continue producing at about the same level we have seen so far, and there could even be some upside.

p.s. The obvious caveat to all of this (to hopefully help avoid your caring slew of email rants) is that this review be taken in the greater context of your general expectations for a player, given that players unique circumstances. 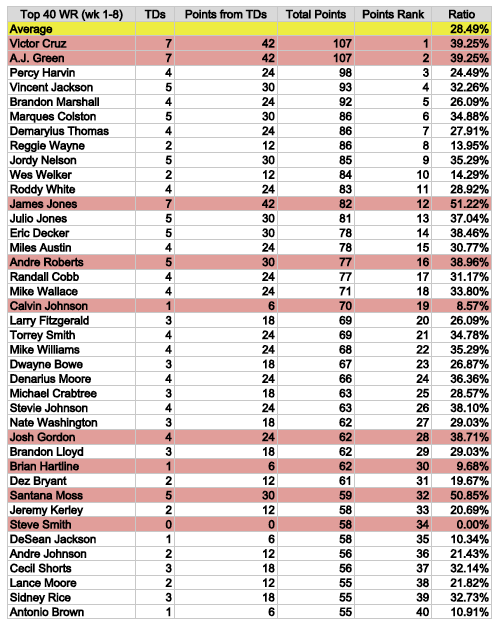 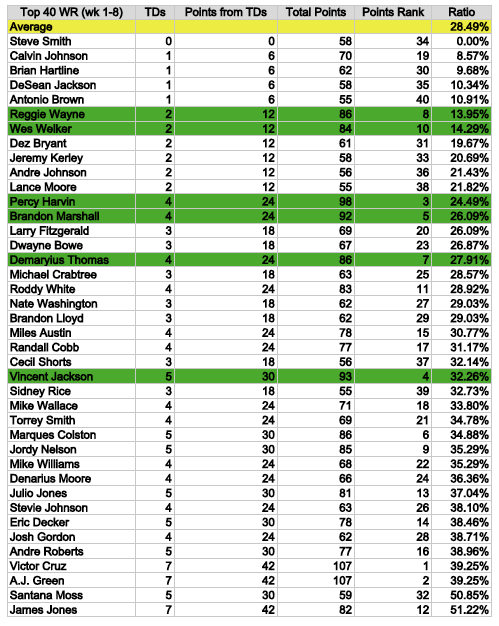